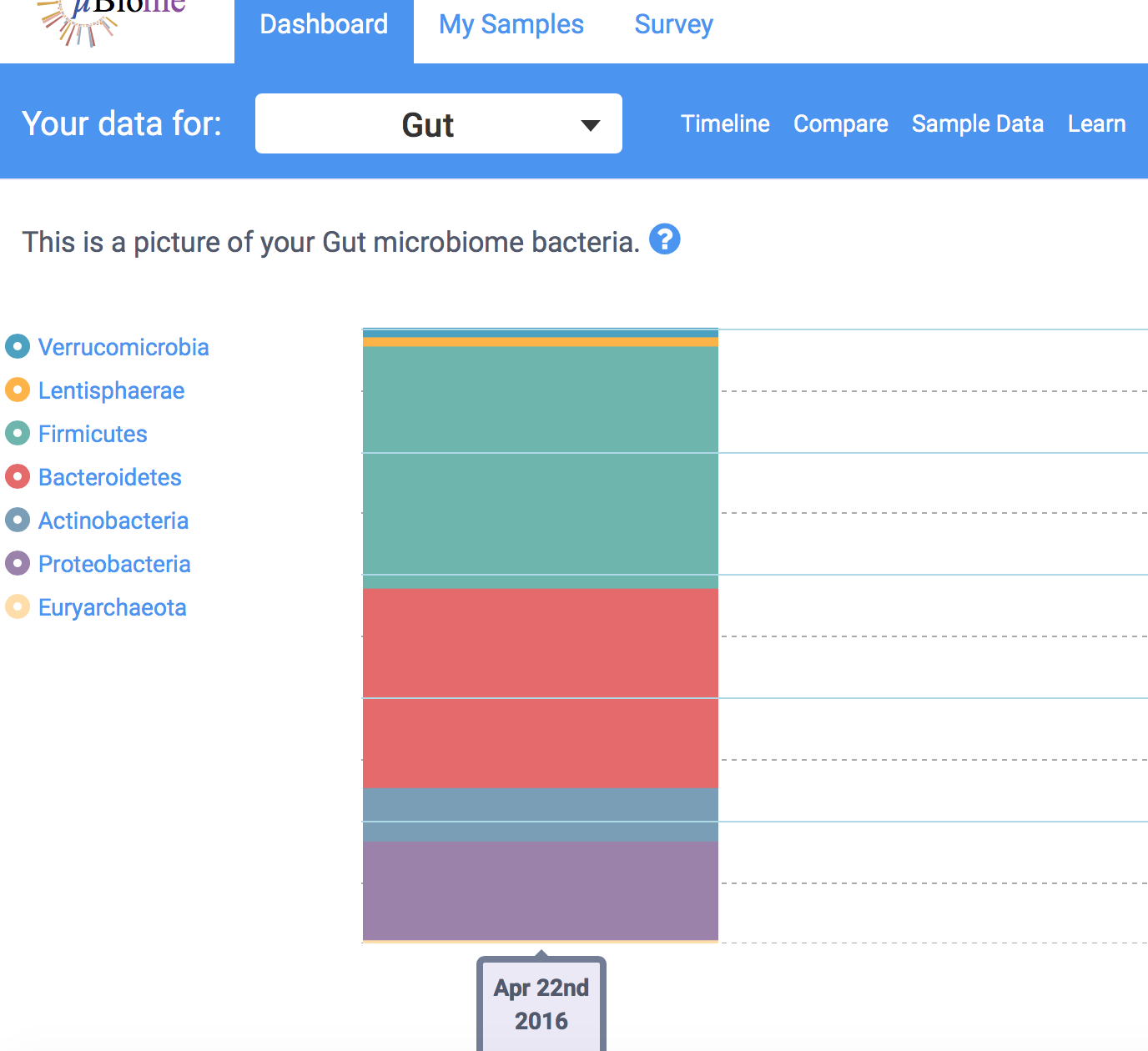 Today, a chicken that was given to us from a neighborhood family living in a nearby condo crowed for the first time.  (But seriously, who buys a chicken for condo living?!) Since we are not allowed roosters in our suburban area, this lovely sound caused a bit of anxiety at 5:36am.  I’ll admit that one of the thoughts that ran through my head as I felt the surge of hormones course through my guts and chest was a concern for my microbes.  ( Yes, I acknowledge how weird that may be.)

But on to what you are really here for:  the experiment update!  If you have no idea what I am talking about, go get caught up here.  Though May 24th was technically our 4 week mark, we were a little busy with end of the year activities with the kids and didn’t get around to doing the weighing and testing until a week later.  I did my ubiome test, and then immediately weighed myself for the first time since we started.

Here are the weight results so far:

Measurements: (sadly, I only measured 4 places)

Hubby, who didn’t do any measurements other than stepping on the scale, was down 5 lbs.  He has also been pretty sedentary due to a huge end of the year batch of essays that came in to grade, as well as prepping for grades and finals.  We are hoping that the end of the school year will also signal an increased exercise level for him and therefore better results.  (He also didn’t test his microbiome, so no idea what is happening there!)

When I went online to register my newest ubiome kit I realized that my first kit, the baseline marker, was done and had data available to share.  Yay!  Now to figure out what it could mean…

My gut at the baseline, was only more diverse than 63% of the thousands of guts tested so far.  By far the highest percentage of bacteria in my gut (and yours) is bacteroides and firmicutes.  Sadly, and somewhat typically for a westernized gut, 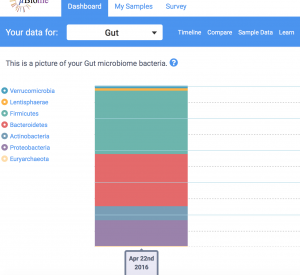 my ratio favors Firmicutes, which is often found higher in people
with a high fat diet and also has been associated with obesity, though not in every study.  The other major player, Bacteroidetes, is often at much higher density in guts of folks that eat a mainly plant based diet as they are generally seen as the carb digesting bugs.  I expect to see this increase in my second test.  The results also talk about different types of metabolism, if you are interested, and if you get into the raw data with someone knowledgeable, you can learn even more about how your guts are functioning.

I’ll get more into a bacteria discussion when we start to compare the first and second samples.

What I will be doing next:

1.  In the next two months, my goal is to begin getting my silver fillings removed.  This is partly because I have seen some research that indicates that mercury fillings can affect the thyroid function, and partly because most of those fillings are more than 20 years old and really just need to be out of there!  I am hoping that I can get that done before the last microbiome test.

2.  I have recently started doing some strength training work twice a week.  It has reduced my walking on those days but I am hoping it will balance out in the long run.

3.  I really need to work on increasing my water intake.  I am still so torn about our water, as we only have a basic filter.  Unfortunately, most filters can’t filter out all of the chlorine and fluoride that comes in from city water.  And we aren’t even discussing the pharmaceuticals that make their way back in through the tap.  I would LOVE to access fresh spring water but our nearest fresh spring (as found on findaspring.com) is 40 miles and a 3 mile hike away.  Lugging 5 gallons of water out 3 miles weekly just isn’t going to happen right now.

Those are the basics.  If you have any questions about the experiment or the microbiome test, let me know in the comments!